Welcome to our periodic technical overview of the main Warsaw Stock Exchange indices.

After breaking upwards out of the head and shoulders bottom pattern about a month ago, bulls unfortunately didn't ride the wave as we observed a decline to the level of the right shoulder of that pattern (about 2200 points). 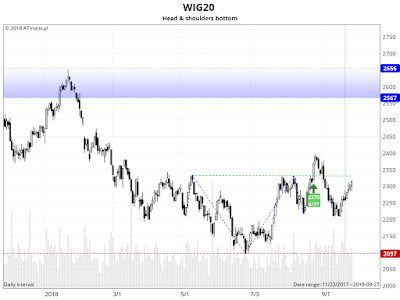 In the previous technical overview I wrote:

If the index losses the 2200 points level, the optimistic scenario [following the H&S pattern upward breakout] would be denied.


Luckily, the decline didn't intensify and the support at the level of 2200 points held out. We could expect this decline to occur - in the previous article, I mentioned the possibility of a throwback after the H&S upward breakout. I also showed the rising wedge pattern on the FW20 futures chart, which could result in a downward breakout - and it actually happened. 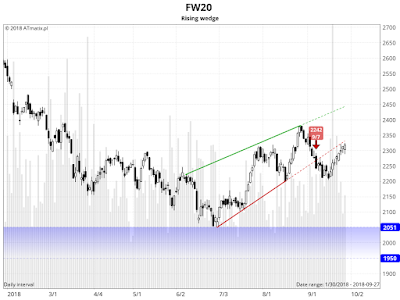 Because the optimistic scenario, according to what is written above, is still in the game in spite of all, I'm still expecting bulls to manage to push the index up in the near future. Still, they have to overcome the local top set up after breaking out of the H&S, located just below 2400 points.

On the way up, we also have a potential resistance in the range of 2320 - 2340 points. This area was tested several times (in August and September, and earlier in April and May this year), and the breakout above that level looks like a one-shot for the time being. Sounds familiar? Yes, it means that a potential head and shoulders top pattern could emerge soon. Looks like a warning - we should also consider this possibility.

Finally, there is the uptrend line shown below that ATmatix detected in mid-September and it seems to be valid as for now. In my opinion, until this line holds out, we can still bet on the optimistic scenario regarding the blue-chips market. But if the H&S top pattern really emerged and was confirmed with a downward breakout, or the uptrend line was pierced, it would certainly be a serious bearish signal and we would expect the index to go back to the minimum established in June. 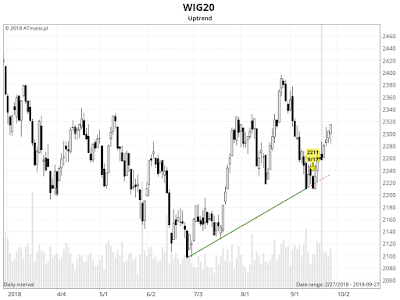 In our last technical overview I expressed my expectations for the mid-cap index to finally rebound and push through its resistance level. Unfortunately, I was wrong and the consolidation we've been observing from June to the end of August, turned out to be the prelude to a further discount. The support level resulting from the double bottom and the ascending broadening triangle pattern was pierced and the index  dynamically retracted almost 300 points lower. Fortunately, declines were stopped and we've been observing a solid rebound recently. As for now, it's only a pullback move towards the pierced level of 4200 points.

As you can see in the charts below, ATmatix calculated the downward breakout target relatively right thanks to its statistical model. 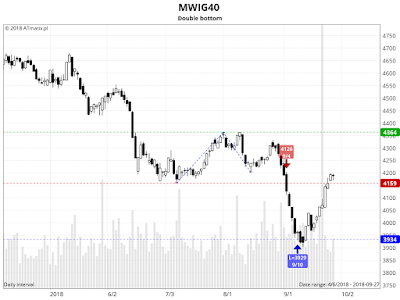 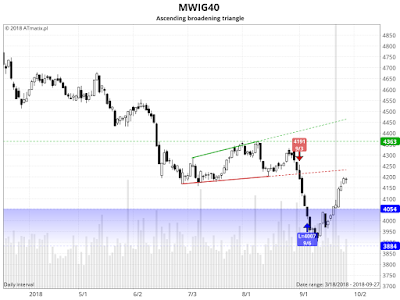 This level is not accidental for yet another reason - you could draw the support line, resulting from the minimum set by the index in November 2016, on a weekly chart. Also, it's not hard to notice the downtrend line still holds and perhaps we should expect some profit realizations soon.

Small caps also suffered a solid decline. Sadly, in this case there were no signs of rebound (yet). 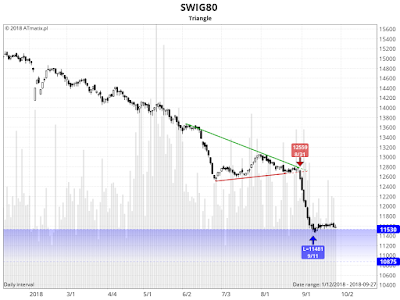 In the weekly chart you can see that the index is close to its long-term level of potential support. It can be the reason for some relief - on the other hand though, there is still some space to the level of the valley established in year 2014. 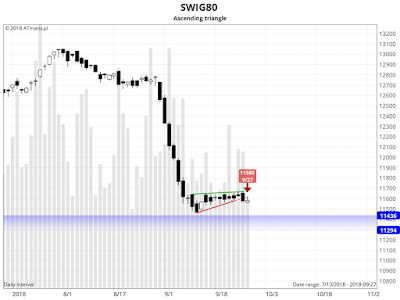