In the previous month review (polish language only) I outlined a possible bearish scenario - however with some caveats. Firstly, I expected the energy sector to improve; secondly - the banking sector's perspectives were still positive; and last but not least we could count on the potential "Santa Claus rally" effect of December (it hasn't quite happened market-wide, albeit the small caps stock owners have some reasons to feel satisfied). 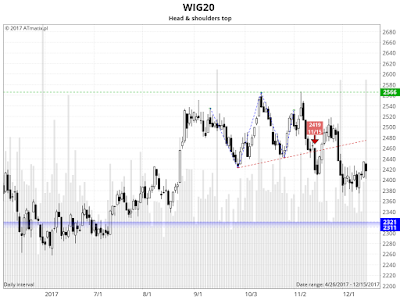 During the last month we could observe a rise (mainly because of the bank stocks), which eventually stopped a dozen or so above the level of 2500 points.
It seemed to be close to wipe out the negative signal of the Head and Shoulders pattern's downward breakout, but the index turned back yet again and now we're in the middle of defending the 2400 level - the index is bouncing up and down in a narrow horizontal consolidation region (HCR) - from 2370 to 2434 points.

The level of 2370 is not accidental here, as the index drop was stopped close to the 200-session SMA (Simple Moving Average) value. What is more, we could draw a trend line through the valleys in a way you can see in the chart. 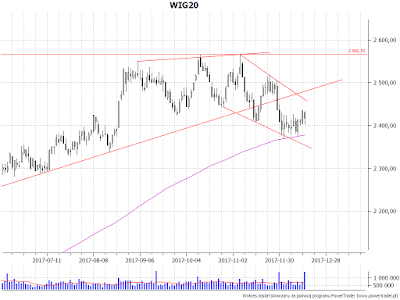 Breaking down the HCR would be a clear invitation to continue the decline and to complete the bearish scenario mentioned in the previous blog post.
The opposite scenario is likely to be held back by the upper line of the hypothetical falling wedge pattern (see the chart above). To improve the technical situation again, the index should rise above the level of 2500 points, but it may not be so easy.

In theory, bears have more chances here. Why? Because some negative technical signals occurred for some of the main constituents of the index, having quite a large impact on its value ( PKN Orlen, PZU). The banking and the energy sectors' situation is also important - we'll take a look at them later in this blog post. 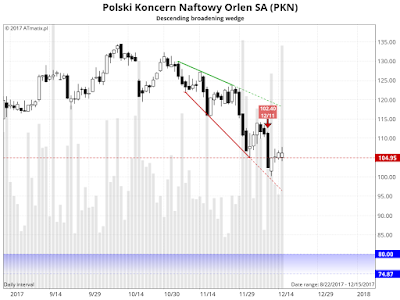 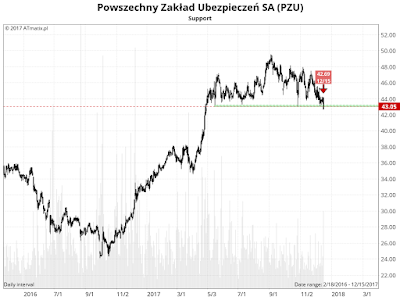 The mid caps index is back again near the support of 4700 points. We can see that a descending triangle is emerging there - and our statistics for that pattern type favor the demand side of the market.

We could draw that triangle in several different ways, and depending on the method, the upward breakout has already happened and now we're observing a throwback - or it hasn't happened yet. This is a good example of our pattern detection alghoritm in action - ATmatix tries its best to check out the different variants of trend lines.

One way or another, there is a chance to reach 4900-points level again, although it means that the index may continue to stay in the horizontal consolidation region that already spans 9 months. 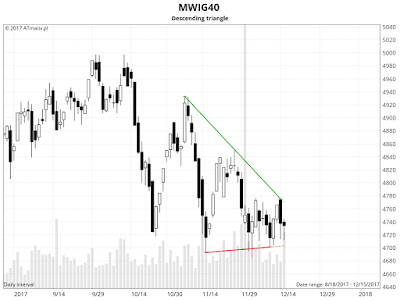 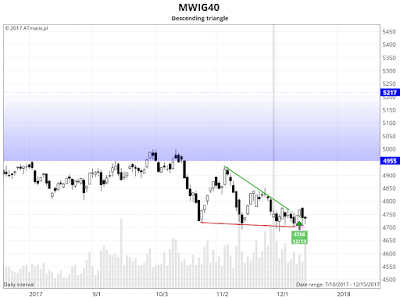 Small caps index has been the strongest link of the main WSE indices. Previously, we pointed out at the large ascending wedge on the monthly interval chart. 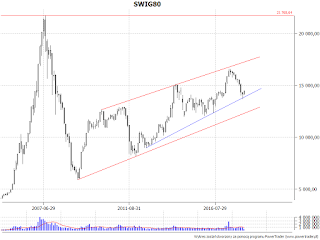 The blue trend line caused the index to bounce up, though we should remember that the last monthly candlestick is not yet complete.

Recently, the index has pierced the short-term downtrend line, which is a necessary - but not yet sufficient - condition to change the current trend in the short term. Still it's a long way to go to reach the another higher-order downtrend line. 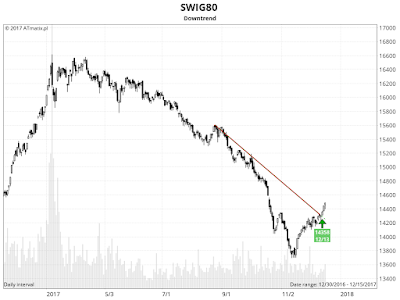 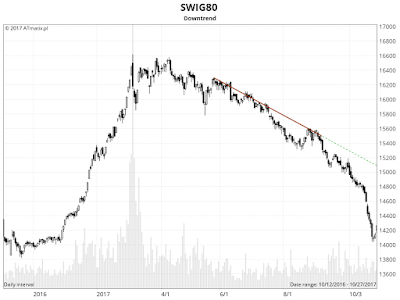 We may expect a rise even up to 15000 points, although we should also expect a corrective decline back to (or even below) the level of 14300 points. 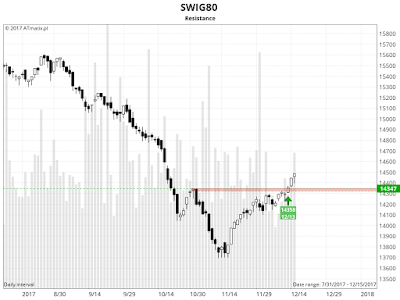 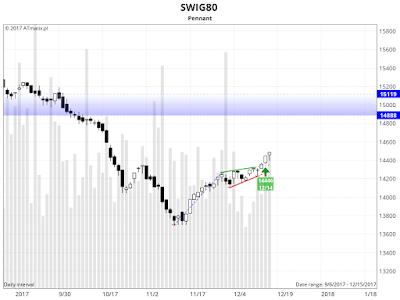 Our focus is still on two significant industries: banking and energy.

WIG-Energy has broken up, according to our expectations, out of the descending wedge pattern (you can also interpret this price scheme as a descending channel).

Unfortunately, the index has retracted shortly after the breakout, albeit we can still treat that move as a throwback to the upper trend line of the pattern - it happens quite often for this pattern type. 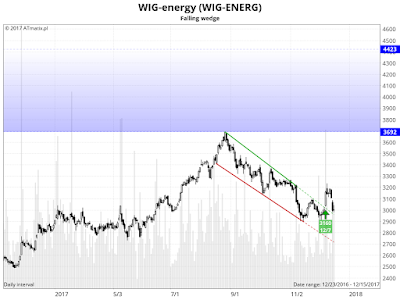 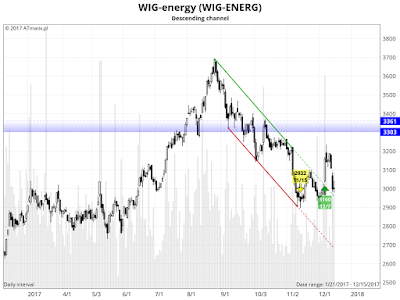 If the index drops below the November minimums (about 2900 points), it will deny the positive signal of the upward breakout mentioned above.

The banking stocks index, according to our expectations, has been doing quite well and has made the new high during the last month. The recent retractation and another attack at the maximums may cause some of the market participants to make another attempt to take profits, so in my opinion we should expect some pattern top to emerge. The alternative scenario of course is to make the new highs - which could also improve the technical situation of the WIG20 index. 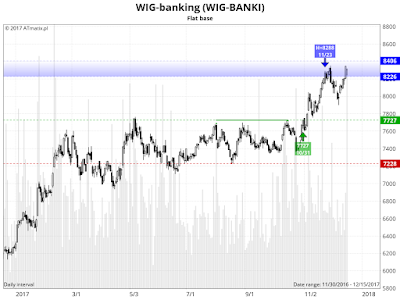 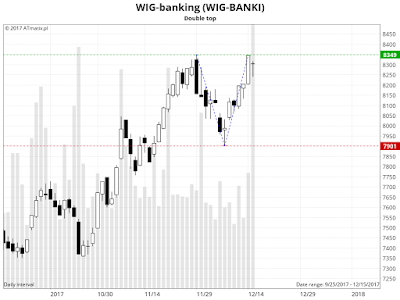